ALLEN CHUNHUI XING
Allen Chunhui Xing is a dancer, choreographer and teaching artist based in Baltimore. He holds a BFA in Dance from Shanxi Academy of Arts, a M.Ed. from Salisbury University, and a MFA in Dance from University of Maryland. He currently is the Artistic Director of Xing Dance Theater and City Dance Festival.  He is a former member of Huajin Dance Drama Ensemble and performed in the production Forbidden Fruit Under the Great Wall which internationally toured from 2007-2011. Xing recently performed in many company projects including: Rapture by PEARSONWIDRIG DANCETHEATER, Casita at Jacobs Pillow Dance Festival by PrioreDance, A Man’s Requiem as soloist by Korea Busan Metropolitan Dance Company. 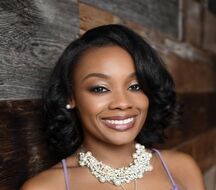 ANESIA SANDIFER
Anesia Sandifer is a native of Augusta, Georgia.  At the age of four, she began taking dance classes and soon after joined a competitive dance company traveling around the United States.  She attended the University of Georgia where she received a BBA in Finance and a minor in Dance training in all genres.  Anesia was a full scholarship recipient at the 2015 Debbie Allen Summer Intensive in Los Angeles, CA.  There she performed on ESPN for the Special Olympics 2015 World Games as a dancer for O.A.R. and Siedah Garrett. Anesia joined Step Afrika!, the first professional company dedicated to the tradition of stepping, in 2015 where she was able to perform Off-Broadway twice (2017 & 2020) and tour the world as a U.S. Cultural Ambassador.  She's taught and perfomed in Croatia, Benin, South Africa, Chile, Ukraine and many more. She has also danced in several music videos for African artists including the incomparable Nigerian entertainer, Teni.  Anesia thoroughly enjoys sharing her passion for dance and hopes it's used as a tool to bring people together and spread love.

BREE JACKSON
Bree Jackson has been dancing for 17 years! Her training expands from ballet, pointe and modern to jazz, musical theater and hip hop. Her early training at studios such as Spotlight Studio of Dance and B.Funk Dance Studio instilled a love of performance and versatility. She began her classical training at Baltimore School for the Arts where she trained in ballet and modern for 20 hours a week. She is currently working towards her B.F.A. in dance with a concentration in choreography and performance going into her last year at Towson University. In her 4 years at Towson University she has performed, as well as presented her choreography, in shows such as Inertia, Dance Majors Performance Project, and Senior Seminar. Outside of school and teaching she has performed with Aliyah Caldwell Artist Collective as a Resident Artist. One of her greatest joys is taking the knowledge of dance she has gained and passing it onto the youth. For 4 years she has taught dance in the Baltimore area and for 3 years has been a group leader at Ailey Camp Baltimore. She hopes to continue to inspire youth to find joy in dance no matter the skill level or age. Post graduation she has plans of working in the theater dance industry and working in the commercial dance industry because she loves both!
​​

​DANCE BALTIMORE REPERTORY ENSEMBLE
The Dance Baltimore Repertory Ensemble was founded in 2019. The five member ensemble performs modern, jazz, hip hop and other styles of contemporary dance by area choreographers. The company, which spans an age range of 23 - 60, brings a wide variety of professional experience and dance genres. The company offers emotional and vibrant performances on stage at every appearance and has performed at the Gordon Center for the Performing Arts, Baltimore Center Stage, Reginald Lewis Museum of Maryland, Eager Park and other area venues. 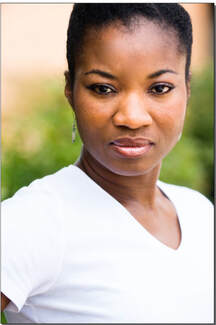 DIEDRE DAWKINS
Diedre Dawkins  is a 2003 N.Y.C. Bessie Award winner for outstanding dance performance and a 2016 recipient of the President Obama Lifetime Achievement Award for National and Community Service. She is also the 2020 Evidence Award recipient for Artistic Expression with the theme “Sistas Prepared, Positioned and Pivotal for Such a Time as This”. She is the founder and director of “Dance is Healing” a mentorship program for middle school girls and was voted 2016 Teacher of the Year at ConneXions: A Community Based Arts School. Diedre graduated from The N.Y.C. High School of the Performing Arts and received her B.F.A. in dance from New York University Tisch School of the Arts and her M.F.A. in choreography and performance from The University of Maryland College Park. She was a member of Ronald K. Brown /Evidence Dance Company for 8 years where she had the privilege of teaching and performing in Senegal, West Africa, Switzerland, Greece, France, London, and Cuba. She is a member of the Screen Actors Guild and has toured/worked with artists such as Bill T. Jones, Bebe Miller, Kevin Iega Jeff (Deeply Rooted Dance Theater), Jawole Zollar (Urban Bush Women), Amaniyea Payne (Muntu Dance Theater) Babatunde Olatunji and Max Roach.  Diedre is the Dance Director at ConneXions: A Community Based Arts School; the founder and director of ConneXions Repertory Company; Assistant Professor in dance at The Johns Hopkins Peabody Conservatory; and the Director of AILEYCAMP Baltimore. Children and the betterment of her community is her life’s work.
​

DUSTIN PRAYLOW
Dustin Praylow is a South Carolina native that began his dance training at Dancin’ On Main Studios in Lake City, SC under the instruction of Karl Singletary and direction of Paige Strickland. Dustin furthered his training in Modern, Contemporary, and Ballet at the University of South Carolina; BS in Biology, Dance Minor. Dustin began his professional dance career with Norwegian Creative Studios in 2016 with completed contracts on the Pride of America, RSSC Mariner, and the Norwegian Escape performing in the Broadway Show After Midnight. Dustin’s credits also include Woven: Life in Notes and Steps, Ruins choreographed by Terrance Henderson, Trustus Theatre’s Dreamgirls (Ensemble), American Music Theater’s The First Noel, and Step Afrika!’s production of Drumfolk (Jemmy).
​ 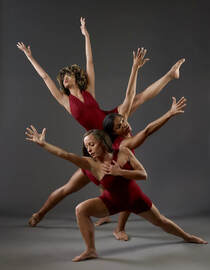 FULL CIRCLE DANCE COMPANY
Full Circle Dance Company was founded in 2000 by Donna L. Jacobs. From its inception, Full Circle has been committed to presenting diverse stories, tackling real-world issues, and creating technically excellent work that engages and moves a broad audience.
In addition to performing frequently throughout Maryland, Washington DC, and Virginia, Full Circle has performed by invitation in Connecticut, New York, Ohio, Arizona, and Tennessee. Venues have included Baltimore Artscape Festival, Baltimore Museum of Art, Tempe Center for the Arts (AZ), Broadway Dance Center (NY), Ohio University, Wesleyan University (CT), Dance Place (Wash DC), and many others.
Since 2004, Full Circle has developed a signature method for creating and presenting work. Selecting one issue to explore deeply each year, the company commissions up to seven choreographers, inviting each to explore the issue from any angle. The resulting works—thematically united but reflecting diverse approaches and perspectives—are presented together, inviting audiences to engage with difficult challenges in new ways. Tackling such complicated issues as race, religion, body image, gender, and more, Full Circle’s yearlong choreography projects have received both local and national attention.

NICOLE A. MARTINELL
Nicole A. Martinell, MFA, CMA, is an educator, choreographer, and founder/artistic director of Baltimore-based Deep Vision Dance Company.  Martinell has a BS in Kinesiology with Dance Minor from Penn State University and an MFA in Dance from Texas Woman’s University.  She is a Certified Movement Analyst through Laban Institute of Movement Studies and a certified teacher of the Alexander Technique through AT MidAtlantic.  She has been an adjunct faculty member at Towson University since 2008 where she teaches composition, modern technique, pedagogy, and dance science and somatics courses.

TORENS JOHNSON
Danielle Lyndsay Ward, creatively known as Danielle Lyndsay, is a native of Clinton, MD. Over the 25 years of her dance career, Danielle has extensively trained in classical ballet, contemporary jazz, musical theater, modern, Hip Hop, West African dance and gymnastics. An alumnae of Bishop McNamara High School, she concentrated in lyrical jazz and West African dance. While there, she also became a student choreographer, playing vital artistic roles in her Junior and Senior festivals, being named Dancer of the Year by the American Dance Association upon graduation and inducted as a senior member of the Sankofa West African Dance Troupe.
​​

TRAVIS D. GATLING
Travis D. Gatling began his dance training at Norfolk State University under the mentorship of Inez L. Howard, the Founding Director of the NSU Dance Theater. While earning a B.A. in English/Liberal Arts, he performed and choreographed for the company for several years and later served as the Rehearsal Director. He continued his training in Ballet, Modern and Jazz at the Virginia Ballet Theatre with Glen White, former soloist with the Joffrey Ballet and Elbert Watson, former member of the Alvin Ailey American Dance Theatre. He attended Ohio State University as a Fellowship student where he earned an MFA in Dance Performance. Gatling’s performance credits include lead roles in works by Donald McKayle, Merce Cunningham and Doris Humphrey, as well as solo works by Ronald K. Brown and Earl Mosley and several others. He was a full time Modern and Jazz instructor at Avondale High School of Performing Arts in Decatur, Georgia, where he also served as the Artistic Director for the Dance Repertory Company, the school’s touring group. Some of his other teaching and choreography credits include Georgia State University, Emory University, and the Morton Street Dance Center in MD. He has been commissioned to create new works and set existing repertoire for the University of Akron, the Cherokee Ballet in Woodstock, GA, Middle Tennessee State University, Full Circle Dance Co. in MD, and Urban Soul Dance Company in TX. In addition to teaching Modern, Jazz and Ballet techniques, and Black Dance Forms at Ohio University, he currently serves as the Artistic Director and Head of the Dance Division within The School of Dance, Film, and Theater.
​