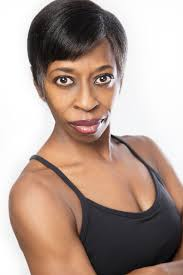 Angela Ingram
Angela Ingram, originally from Pittsburgh, PA, is a life-long dancer and for the past 20 years an instructor in the DC area.  Starting ballet at the age of 9 where she was trained in the Cecchetti Style of ballet in Pittsburgh, PA, Angela also learned jazz, tap, and hula.  Angela built her jazz experience through training in New York City to include Alvin Ailey American Dance Theater , Fred Benjamin, Frank Hatchet, Luigi and Bob Fosse Style of Jazz, and Martha Graham, where she trained directly with jazz great Luigi. Angela then became interested in Afro-Cuban and Afro-Brazilian dance, upon seeing how folkloric dance influence contemporary dance styles, such as jazz.  She traveled to Havana, Cuba and Bahia, Brazil several times, studying the folkloric (Orisha) dances of Cuba as well as rumba, salsa and son, and folkloric (Orixa), samba, and samba-reggae dances of Brazil.  In the DC area, Angela studies Flamenco and other Gypsy folkloric dance techniques, modern jazz with Maurice Johnson, and modern and ballet with Danilo Rivera.  Angela has taught at the U.S. House of Representatives, Office of Naval Intelligence, Sports Club LA, National Capital YMCA, DC Dance Collective, and the Flow Yoga Center, George Washington University, and the Joy of Motion. She has performed at Fiesta Latina at the White House for President Obama, lectured on story of Afro-Brazilian and Afro-Cuban dance, as well as the anthropological relationships of rhythms and dances to contemporary dance styles, lectured on dance at the Washington Health Expo, Black Family Reunion, NCLR (National Council of La Raza) universities and colleges, and was featured on MTV’s The Real World.  She applies traditional and folkloric techniques, and her experiences to her instruction of Pilates, ballet, modern Afro-Cuban contemporary, Afro-Cuban, Afro-Brazilian, samba, Fosse and Luigi-styles of jazz, in her youth and adult classes throughout the DC area.  Angela encourages her dancers to understand the cultural context of their dance style to reach a higher quality of movement and to connect with the experiences that originated the dance technique they are bringing to life.